Advent of the Mists > World > Religions & Gods > Orenda the Divine Sorceress, Lady of the Mists 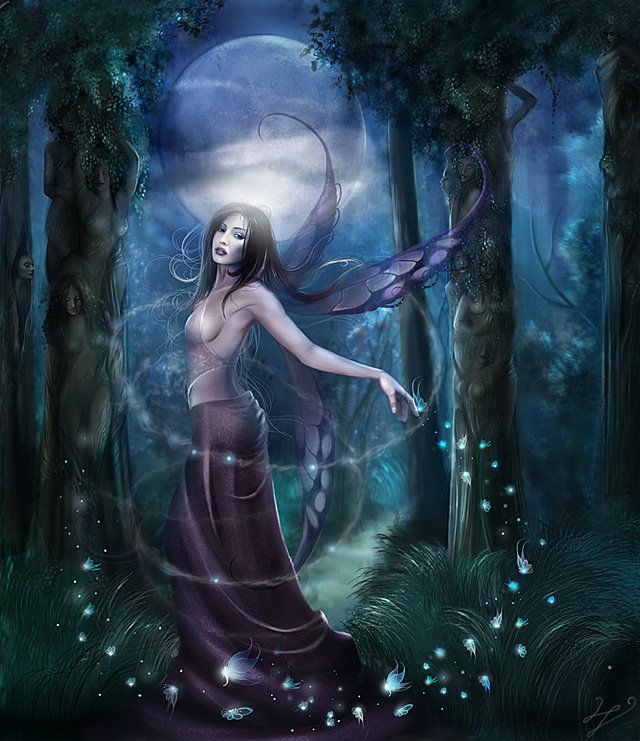 Magic and the Mists

Orenda’s realm consists of the unknown mists, the very core of life on Visola and the Immortal plane. The mists are the ultimate source from where magic is pooled, as well as the unpredictable balancing weight of the world. From light to dark, good to evil, chaos to order, it is all governed by the Mists. She is the supreme sorceress over all mages.

Before the current pantheon of Gods came into existence, there is told a tale of ancient deities from thousands of years ago. These deities roamed the world long before mortals inhabited it and were called “The Ancients.” Unlike the Caelestian Pantheon, the Ancients were more active and violent, often warring with each other. The chaos that ensued between the Ancients after years of battle caused the Mists to erupt in great disorder. This alone forced Olu to intervene, which some say is why the Pantheon of now is unable to destroy each other. No one knows for sure how the Ancients began to destroy themselves, nor how most of them became mortal. However, it is said that Orenda is the only surviving Ancient from before the Caelestian Pantheon, though these claims have been denied.

Orenda is considered very whimsical in her thinking. Much of what is taught amongst her following comes from a realm beyond most mortals understanding. How to harness the mists and somehow be able to control the uncontrollable byways of magic and sorcery. Like her pixies of unmatched beauty and playfulness, Orenda is also less studious than her Caelestian siblings. She finds more interest in play than in what is considered responsible or “work.” Though some of the fellow deities often feel like she is hiding more than she is letting on.

Orenda tends to flitter in and out of existence in the mortal realm. Much like a passing glance that one might catch out of the corner of their eye. Most attribute the unexplained phenomena of the world to Orenda’s influence. It is said among the pixies that she reveals herself often to play and mingle with her creations, but there has yet to be a story told of other mortals laying an eye on her. Those not of pixie blood that follow her teachings have often said she randomly infiltrates their rituals and spells with messages and inquiries.

Orenda does not consider herself allied with any of the Caelestian Pantheon. She prefers the company of her longtime acquaintance, Crystal, due to the strong alliance between their creations. On occasion she is found in Faledric’s realm, simply to watch the giants use the mists for their own purposes. And it has been said she has spoken of Isorian’s realm in the Underworld, due to the nature of the dead existing on an alternate plane than those of the living. Rumor has it that Murelu also frequents the company of Orenda, but none are sure why. Perhaps to gather favor with the mysterious yet somewhat powerful Goddess. Whatever the reason, his games and revelry are often enjoyed by the sorceress.

The Pixies of Mistwood Forest

Magic and the Mists