Advent of the Mists > Newbie Guide > A Message from our Creator 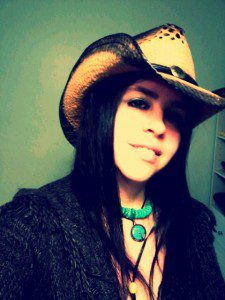 Greetings all. I wanted to give a little insight to the project I am trying to create here, since I’ve received questions from people asking why I am doing things a certain way or using a certain theme, etc.

Since Advent was born from the womb of a pretty crappy MUD, I originally started this project in 2001 as a development of everything opposite of what annoyed me about MUDs previously. Being restricted by classes, or unable to wield a level 30 sword because I happened to be level 29, or being stereotyped by the number of my alignment. These types of things made very little sense to me from an immersive standpoint. Granted they are no longer the basis of your average MUD.

I enjoy the classic fantasy theme. Orcs, goblins, pixies and elves, all very familiar to probably 99% of the MUD community. Yet if you can take these thematics and stories, and somehow cultivate them into something unique, then you have a MUD that new players can easily absorb into due to the familiarity -and- the uniqueness of an entirely new world. I didn’t want to create the same races with different names, or create whole new races with names that you can hardly pronounce.

I also take a lot of ideas from movies, books, and stories that I was privvy to as a child. My all-time favorite movie is Conan: The Barbarian. The whole theme behind the Hyborian age is so rich in detail and story, someone could make an extremely successful and unique MUD from it (I’ve yet to see one happen). So I like to take little elements that intrigued me about these stories and movies and give that slight sense of familiarity as well.

I want to be able to give players the ability to create a character. I don’t want them to be defined by the template of a class, a race, or an alignment. I don’t want their strength to be determined by preset levels but instead by the time they invest into their character. If a player wants to create a sword wielding troubador who at night rips the heads off chickens yet lives in the most ritzy hotel in Mahalia, then why shouldn’t they?

I also want a game that players can stem stories from. Not just for the game, but for themselves. To have a player involve themselves in a game so much that it inspires them to write stories about it, has to be one of the most rewarding things as an administrator.

I suppose most MUDs spawn from a disgruntled player, and I guess that’s what I am. I want to create a user friendly and fair environment that lights a fire into the creativity of the players to contribute to the growth of the theme and game while actually providing them opportunities to change the direction of the world.