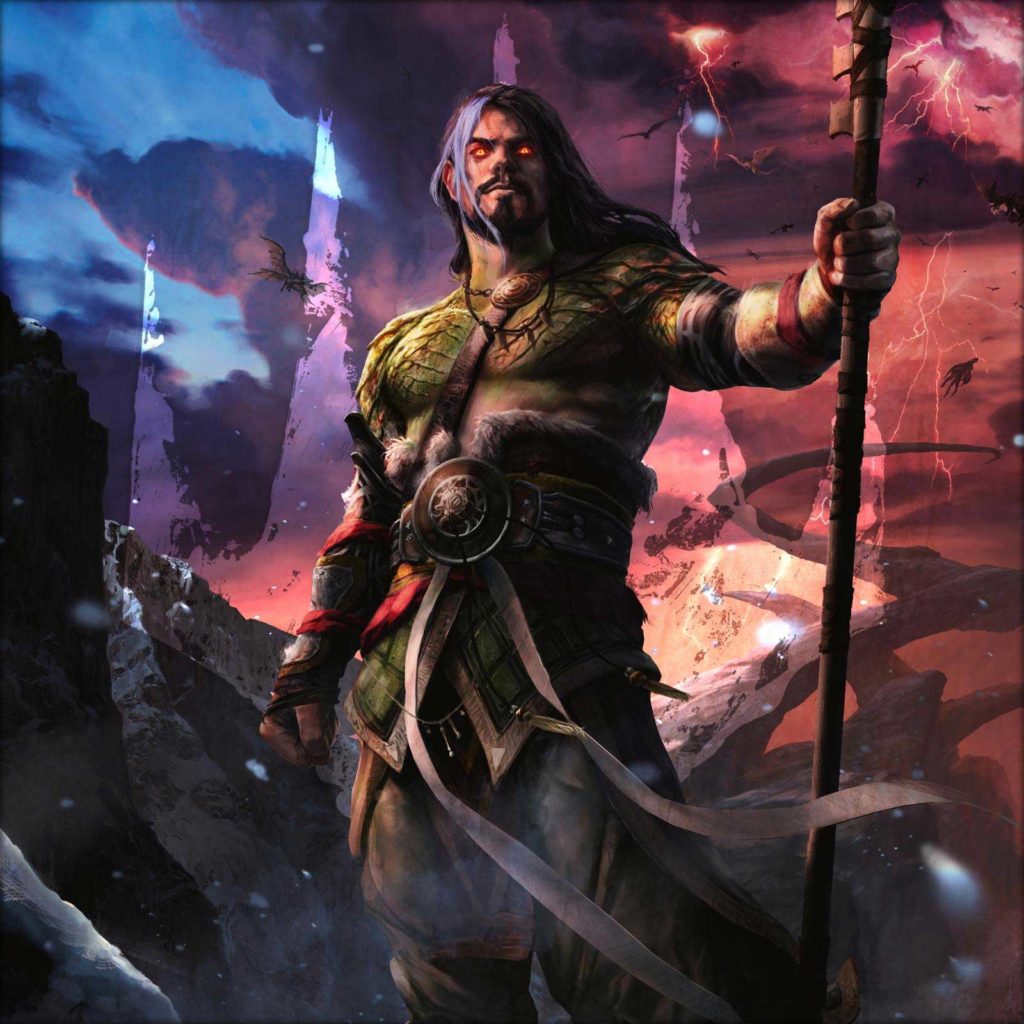 Cedric’s realm consists of all things transcended. The ability of the mortal spirit to surpass their own expectations and exceed all of their limitations. Wars and conflict are often observed by Cedric in order to pick out the most worthy of warriors. When one of his best warriors has been slain on the battlefield, it is told that Cedric will then allow the warrior to sit at the great Warrior Council among his realm. When the dawn is red in the morning sky, the followers of Cedric believe that he has blessed the battlefield for this day.

The orcs were Cedric’s first and only creation. Their design was meant to make them the ultimate warriors and survivors. Much time and detail were put into them, and during their first centuries of growth, Cedric kept a close eye on them, tossing challenges their way and finding enjoyment in their resolve. Eventually, less attention was paid on their devotion to him, but rather their ability to thrive under extreme circumstances.

During the Age of Strife, Cedric’s horde of his best orcish warriors had ravaged most of the elven kingdoms from Seramythia to the gates of Caer Menthadon. The elven king, Ethiliaul, was desperate to save his great kingdom of Mahalia. In his time of need, the God of Power, Siramus, came down from Caelestis and spoke with Ethiliaul. He offered him the ability to destroy Cedric’s horde of chieftains in exchange that he would also use this power to destroy Varick, who was Siramus’ immediate threat to the throne of the Gods. Hesitant but defeated, Ethiliaul agreed and Siramus stole the Wrath of Caelestis, the only weapon that can kill Gods, and empowered Ethiliaul with it. Cedric was then slain, and in Varick’s rage at what had happened, Ethiliaul was slain, Siramus was made lame, and the Wrath of Caelestis was retrieved.

Recently, an abrupt chasm was formed on the eastern part of the Maitland Valley from which both a mortal and Cedric emerged. Theories still surround what or why this happened. The mortals have somehow resurrected Cedric from his eternal slumber from the unknown Mists back into the world of the living.

Tagrael was a name in an ancient tongue given to the God of War by the elves many many moons ago. Some elves still refer to him by this name, and it can often be found written in ancient murals and texts from long ago.

Cedric is sometimes seen by the mortal realm as a manipulator. He enjoys testing mortal limits, whether it be through war or personal sacrifice, so he is often seen as a troublemaker among the Pantheon. However, this is a skewed version of Cedric’s intention. He believes that in order to truly develop as a mortal, one must break through all the barriers and fears that mortals use to excuse themselves from unpredictable situations. Cedric also constantly searches for the most elite warriors and adaptable survivors of all races, to serve under him in the afterlife.

However, due to a great deal of time spent developing his army of mortal followers, Cedric tends to exude little tolerance for weakness or ignorance. He will only acknowledge, and possibly even reward, those who have shown true determination and sacrifice. While said to be calm, even kind in an unusual way, Cedric is rumored to have a legendary temper that has been seen only rarely throughout history.

Cedric pays a great deal of attention to the mortal world, constantly seeking individuals who are capable of realizing their full potential. He rarely appears to mortals in his true form, however, instead choosing to disguise himself among them. Throughout history, only the greatest of Cedric’s followers have been able to claim to see his true form while giving a believable description of his appearance. Cedric has no love for those who cannot survive on their own, and so expects his followers to be independent. He is kind to the followers who serve him well, however, and they can rest assured that Cedric is watching and possibly playing a part from his throne on Caelestis.

The rivalry between Cedric and Siramus is legendary and unyielding. Entire cities have been destroyed during one of their many feuds. It is apparent among the Pantheon that Cedric often pays a lot of attention to Anari out of spite for Siramus as well. It is also well-known of the hatred between Ereleia and Cedric and their ability to coerce their creations against each other over and over again.

Crystal and Cedric at times have a strong connection due to their followings sharing the same desire for survival in extreme situations. It is also said that Cedric attempts to keep a strong relationship with the ever-flighty Isorian, so that he can manipulate the destination of his warlords and chieftains in their afterlife.

The Orcs of the Ka’Sador Mountains

(Cedric Image owned by Wizards of the Coast)