Advent of the Mists > World > Religions & Gods > Crystal, The Huntress, Maiden of the Wilds 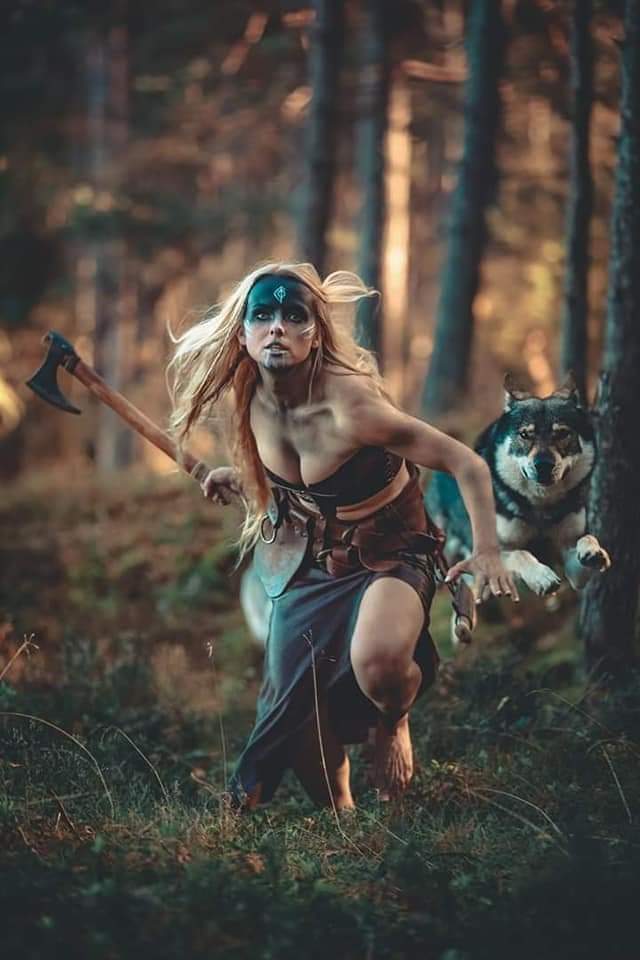 Nature, Survival, the Hunt, The Moon

Crystal regulates the transitions of the world. Every change of climate, every mortal birth, each body burned on the pyres or covered with soil is influenced by Crystal in some form. She represents the ability of nature to adapt and change like the rivers that bend and turn through their canyon and rocky borders. Also the ability for mortality to survive in varying conditions.

The church of nature also influences the mortal instinct to hunt to survive. To respect the role of the predator and the prey, like all creatures in Visola act as both. And though Crystal promotes the ideals of the natural world, she is not rabid against moderate progression and community. Since Visola has the ability to replenish itself, it is not in Crystal’s interest to prevent mortals from erecting their cities and villages, nor is it viable for her to want to prevent mortals from hunting to feed. Instead, she is against gross consumption of natural resources and purposefully damaging the world unnecessarily.

Crystal was the third born of the Caelestian Gods, and has always acted as a peacekeeper among the Pantheon. Her ability to see the necessity of both chaos and order, darkness and light, allows her to create reason where there is none.

During the Age of Strife, there was an extreme amount of destruction throughout her forests. In particular, the forest that housed the pixies and was a sacred forest to Crystal, known as Mistwood. A human army used the forest to house their defenses, and in doing so destroyed about forty percent of its resources. In retaliation for the lack of respect for her sacred lands, Crystal created the race now known as the Brownies. A small and peculiar race that is able to coexist in Mistwood without disturbing its natural habitat. With that came their ability to move about in the natural world flawlessly, and be able to inconspicuously drive the human army out of Mistwood.

It was also Crystal’s influence that prevented the destruction of Siramus during the time where Siramus’ influence caused the destruction of Cedric. Her reasoning to Varick that the death of another God would throw the Mists into even more chaos was able to stay his hand and allow Siramus to remain in the realm of the living.

It is said that Crystal’s temper is like that of the forked Triveni rivers. One flow is calm and peaceful, barely trickling over the smooth stones in the riverbed, while the other is harsh and rapid, ripping at its surroundings. Many mortal tales of great storms and unforgiving nature are said to have been influenced by Crystal.

Overall Crystal tends to be unpredictable and reasonable at the same time, yet she is not chaotic. She merely has the ability to visit extremes in both chaos and order, rather than neutrality. She is patient with her church, yet she has demanding expectations of their faith. Some rumor that she will demand a test of faith at the drop of a hat.

Crystal’s influence is rarely felt within city walls. She dislikes their confining quality, restrictions, and stale air. Her presence is potent in all of nature, from the coldest peaks of Aolani to the rolling sands of Amadahi. Several of her devotees have told tales envisioning the Goddess, but they are all different. Some say she comes in the form of a beautiful flawless creature with no justifying description. Others have been spoken to by a broad black panther in the twilight.

It is spoken among the Gods that Crystal has close ties with Orenda, though there is little explanation on the relationship between the two. Isorian also holds a deep mutual respect with Crystal, for where one realm of influence ends, another begins. There are often tales that Crystal holds much influence over Varick when his temper flares over the Pantheon. There are no real enemies among the Pantheon, though it is said that Siramus and Crystal are often at odds.

Brownies and the Wilds