Advent of the Mists > Staff > Staff: Cedric – Coder and Immortal 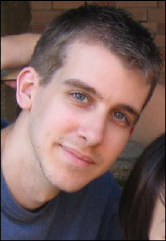 Cedric, aka Paul, got into both MUDding and tabletop RPGs way back in middleschool, and has been doing both ever since. He majored in Computer Science at the University of Delaware and was recently employed as a computer programmer with the U.S. Army. His hobbies include roleplaying (obviously), video games, martial arts, Warhammer, and hitting on Japanese girls. His favorite band is Linkin Park, his favorite movie is Equilibrium, his favorite liquid is beer, his favorite Final Fantasy is 7, his favorite pet are ferrets, his favorite color is green and he enjoys long walks on the beach.

Cedric became a large asset to Advent’s staff back in 2002, and though he reached a brief hiatus in 2004, he has returned full time as a coder.

We’re scheduling some “Advent Nights” in 2020 to get folks on at the same time for fun and/or testing.