Advent of the Mists > World > Cities and Towns > Maitland Valley 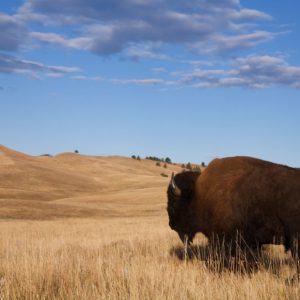 Settlers: Centaurs, specifically the Earthtenders Tribe at Maitland Village. Several other tribes roam through the valley itself and a mix of races have been attempting to inhabit somewhere in the valley but most end up in Thelasia.

Maitland Valley is a large patch of uncivilized prairie that reaches for miles and miles along the northeastern portion of Eadoin. The majority of the valley is full of tall grasses and rolling hills, with barely any trees in sight. To the west of the valley, a small village rests on the edge of a large lake that borders the Faxen Forest. To the east of the valley, several large rolling hills undulate and eventually blend in with the sandy dry land and beach that ultimately touches the ocean. To the north, a small row of rocky mountains encloses the northern portion of the valley.

It is mainly filled with various game, from buffalo to coyotes and jackrabbits. The territory around the Maitland is rural and entirely governed by the Centaurian people, though the Imperium provides protection from time to time. The village of Maitland Valley is nothing more than a few huts and tents, gathered together into a village-like circle for the tribe of Centaurs that stay to keep up the Convenant of Varick.

Maitland commerce is mainly made up of small farming, generally wheat, and corn, as well as leathers and fur from the animals that habitat the valley. Their largest trade beyond skins is their wealthy and well-trained horse stock. You will not find a better horse than one raised in the valley of the Centaurs. The Centaurs there take great pride and treat their horses with great respect.

In the beginning, the tribes were all nomadic and simply traveled around the valley following game. It wasn’t until Agreni Pathmaker, then Chief of the Earthtender Tribe decided to settle his people in one location due to the convenience of cropping and tending to the land in one location. Once the Earthtender Tribe became stationary, they were able to develop better commerce through croplands, create and maintain a temple to Varick for all of the tribes, and better protect the valley from poachers.